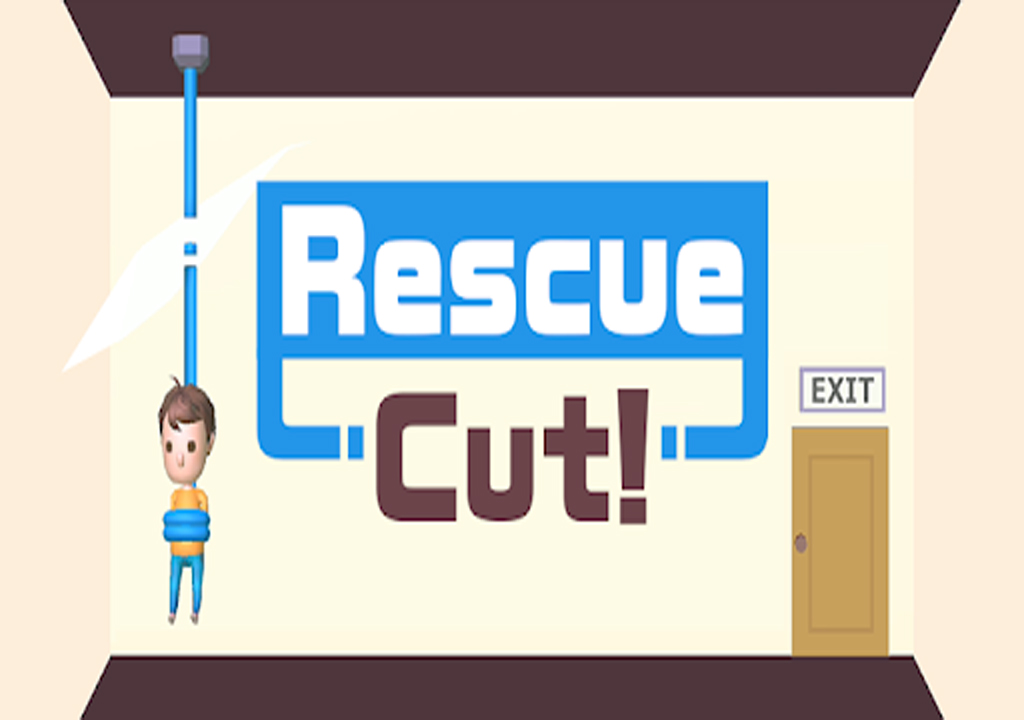 Rescue Cut – Rope Puzzle takes heavy inspiration from Cut the Rope but with dark humor. Sure, it is quite cartoony knowing that a man is tied up in a room ceiling with a bear waiting to maul him while several traps await him as an assassin has him marked for death, but that is what makes Rescue Cut such a unique experience.

The game presents itself as a 3D game with low polygon and rendering but that’s the best part. The game is like an ironic parody of itself, showing us that the developers were just having a good time and not something that you should dive in too seriously. Come on now, the game has you solving a room on how to rescue a dude tied up while booby traps and wild animals waiting to kill him.

You are the hero of the game and you must solve the stages correctly so the man gets loose from the noose and run away like a goose.

There are different ways to tackle each playthrough. You may choose to do a sneak attack on a bear with a heavy spike trap above before setting the hostage free or create a diversion such as releasing the bear from its walls to attack hostage takers inside the room. We will never know why there’s a ferocious animal inside every stage but that should (or should not) address the elephant in the room.

As brainless as the concept seems in Rescue Cut – Rope Puzzle, you shouldn’t take this lightly. In fact, it can get very tough at times, forcing you to think of creative ways to set the hostage free and make it out of there alive.

The more you progress, the more complicated the game gets. Sharks swim in a pool, terrorists roam around with assault rifles and the ever-present bear awaits your escape only to maul the poor guy.

Swipe to cut. That’s it. Do we even need to explain further about it?

It does have numerous stages for you to finish but that does not mean you need to play it forever. It has an ending at some point. It does not have 2000++ levels like Candy Crush or a progression system like Battle Defender although it is quite an experience. The level designs are cleverly executed, and the replayability of the game has you repeating each stage with different results that can either end up in a disaster or conclude in a smoothly executed plan.

You could argue that this game even plays more creatively than the likes of Cut the Rope – at least that is what the players who loved this game said.